Auld Brewer Mazengarb & McEwen’s team are a dedicated group of individuals who provide friendly, helpful forward thinking advice to their clients. They provide legal advice only in those areas in which they have a high level of expertise, and can significantly contribute to the success of their clients. 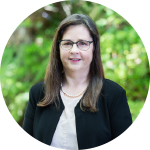 Marie has practiced in a leading South Island law firm and lectured company and commercial law.

Marie is an acknowledged presenter and provides training seminars for clients and other professionals on a range of different topics.

Marie came to Taranaki (from Dunedin) in 2010 to join the firm.  Marie married into a family with deep roots in South Taranaki.  One of the most special things for Marie about coming to live in Taranaki has been learning to speak Te Reo Māori.

Marie has particular expertise and knowledge in the legal issues arising in:

Marie is an experienced presenter and has led workshops on company law for the University of Otago and provided in-house training for commercial clients and other lawyers on a range of legal issues.

Chartered member of the Member Institute of Directors (NZ)
2018 – present

I really appreciate all Marie Callander’s  work on our Constitution. It went remarkably smoothly and we got a great outcome.

ABMM and in particular, Marie Callander provided professional, expert and trusted advice as we navigated the complexities of investigating and establishing a new entity, as part of Venture Taranaki’s NNEDC establishment project.

Marie and the ABMM team were highly responsive to the demands of tight and sometimes shifting deadlines and Marie felt like part of our team, throughout the 12-month project.

We mainly deal with Marie Callander for our legal requirements, but in the course of the last few years we have had dealings with all of the partners, and a number of other ABMM staff.
Without exception, we have found them to provide a first class service meeting and regularly exceeding our expectations, and they take a genuine interest in us and our aspirations.